We believe in magic. Whether it happens under the breeze of trade-winds or in an intimate gathering with just a few close friends, we’ve seen the power that chamber music can have on people. There’s something inherently beautiful about watching string music connect with an audience. In an instant, as the instruments begin to align and the melody takes shape, you can literally feel the audience’s collective mood change. It’s tangible. It’s real. It’s magical.

At Chamber Music Hawai‘i, we celebrate the dynamic nature of our art form and seek to blend our genre into the modern world, all the while striving to educate and enrich our community at every turn. Because at our core, we’re not just a nonprofit composed of local musicians, we’re professional artists who understand the power of collaboration and the ability of music to magically transform communities.

Our commitment to our craft never waivers and our sense of pitch never fades. With generations of musicians to stand upon, we’re taking chamber music into the 21st century and beyond, starry eyed and ready to embrace all the magical musical moments that the future has in store.

With our four different ensembles, we offer a wide variety of programming throughout our season. Whether it’s the Galliard String Quartet, Honolulu Brass, Spring Wind Quintet, or Tresemble, we hope to see you at a concert soon!

The mission of Chamber Music Hawai‘i is to enrich our community’s cultural life and promote appreciation and understanding of chamber music by presenting resident professional chamber music ensembles in concerts for the public and educational outreach programs for schools and under-served communities.

The seeds of CHAMBER MUSIC HAWAI‘I were planted in 1974 when five Honolulu Symphony musicians began playing wind quintet concerts separate from their symphony work. They called themselves the SPRING WIND QUINTET. At first the group played only one or two concerts per year, plus a few school concerts, and their budget was about $3,000 per year.

Then, in 1979, three major changes occurred that not only brought the Spring Wind into prominence, but revolutionized the presentation of chamber music in Hawai‘i. First, the Spring Wind Quintet was awarded a $6,500 C. Michael Paul Residency grant through Chamber Music America, which had the effect of increasing the Spring Wind budget from $3,000 to $18,000 in a single year. Public concerts grew in number and attendance along with the school residency activities at the Kamehameha Schools, Hawai‘i Loa College, Chaminade University, (Leeward Community College was later added), and the Hawai‘i Association of Music Societies (HAMS). Also in that year the SWQ incorporated as a non-profit corporation and received a tax-exempt determination from the IRS soon thereafter.

In the meantime, other musicians from the Honolulu Symphony, encouraged by the success of the SWQ, had begun formation of the Honolulu Brass Quintet (HBQ) and the Galliard String Quartet (GSQ). With the Spring Wind Quintet paving the way, these new ensembles became more and more active and sought to collaborate with the Spring Wind Quintet. In 1980, the three ensembles joined forces to produce the “Monday Night CandleLight Concerts.” That first season consisted of twelve concerts, three by each ensemble and three by the “Tresemble,” a new word coined to describe our combined ensemble of mixed instrumentation drawing from the three standard ensembles. Due to good music, good marketing, a good location, and the allure of “music by candlelight,” the CandleLight Concerts were an instant success.

As more concerts, including a new pops series, were added and the school residency activities continued, it became clear that the musicians could not run this growing business by themselves. They needed a manager and volunteer support to set up the performances, do the bookkeeping, ticket selling, fundraising, and help at the concerts as box office personnel, stage crew, and ushers. The Board of Advisors that the Spring Wind Quintet had established to help with its Chamber Music America Residency formed the nucleus of this volunteer support group and gradually evolved into Chamber Music Hawai‘i’s first board of directors. In 1982 Chamber Music Hawai‘i incorporated as a non-profit presenter and support organization for Hawai‘i’s resident chamber ensembles, and absorbed most of the projects previously carried out through the Spring Wind Quintet.

Soon thereafter, CMH was awarded Hawai‘i’s second Chamber Music America Residency grant, this time hosted by the Honolulu Academy of Arts (now the Honolulu Museum of Art), and as part of the Residency CMH inaugurated its second major concert series, “Sound In Light,” at the Academy. “Sound In Light” was a multimedia performance format: visual images such as artworks or landscapes were projected behind the musicians on stage to complement the music, and the visuals, the music, and the history that connected them were brought together by a knowledgeable host-commentator. The combination of visual, musical, and sometimes also dramatic or literary art was an instant hit with audience and artists alike. The relationship between CMH and the Academy continued and grew, and in 2004, in recognition of more than two decades of artistic collaboration, the ensembles of Chamber Music Hawai‘i were named “Artists In Residence” at the Honolulu Academy of Arts.

Over CMH’s history a myriad of other concert series, educational and outreach programs, tours, and special events were developed. CMH became the largest presenter of chamber music in Hawai‘i, developing at its peak a schedule of over 100 concerts and other events per year in thirteen separate projects, including tours throughout Hawai‘i and to New York, Norway, Japan and the Pacific. CMH now has an annual budget of over $250,000 and an endowment fund of over $1 million. (CMH was the first chamber music organization in the United States to establish its own endowment fund.)

CMH and its ensembles have collaborated with virtually every arts organization in Hawai‘i and many artists from outside Hawai‘i, including the Annapolis Brass; the Kronos String Quartet; Sequoia String Quartet; pianists Anton Kuerti, Lisa Nakamichi, Jon Kimura Parker, Jon Nakamatsu, and Wu Han; author Ann McCutcheon; composers Eric Ewazen, Jon Magnussen, and Dan Welcher; Dutch Mozart scholar Dr. Bastiaan Blomhert; Hawaiian slack-key guitarist Keola Beamer; and the Bergen Wind Quintet.
CMH has been the recipient of grants from major foundations in Hawai‘i such as the State Foundation on Culture and the Arts, the Mayor’s Office on Culture and the Arts, the Hawai‘i Community Foundation, the Cooke, Atherton, and McInerny Foundations, and also from many national and international foundations.
The presence of ongoing resident professional chamber ensembles in Hawai‘i, nurtured and supported by Chamber Music Hawai‘i, has made possible unusual long-term chamber music opportunities and benefits for Hawai‘i. These opportunities include: 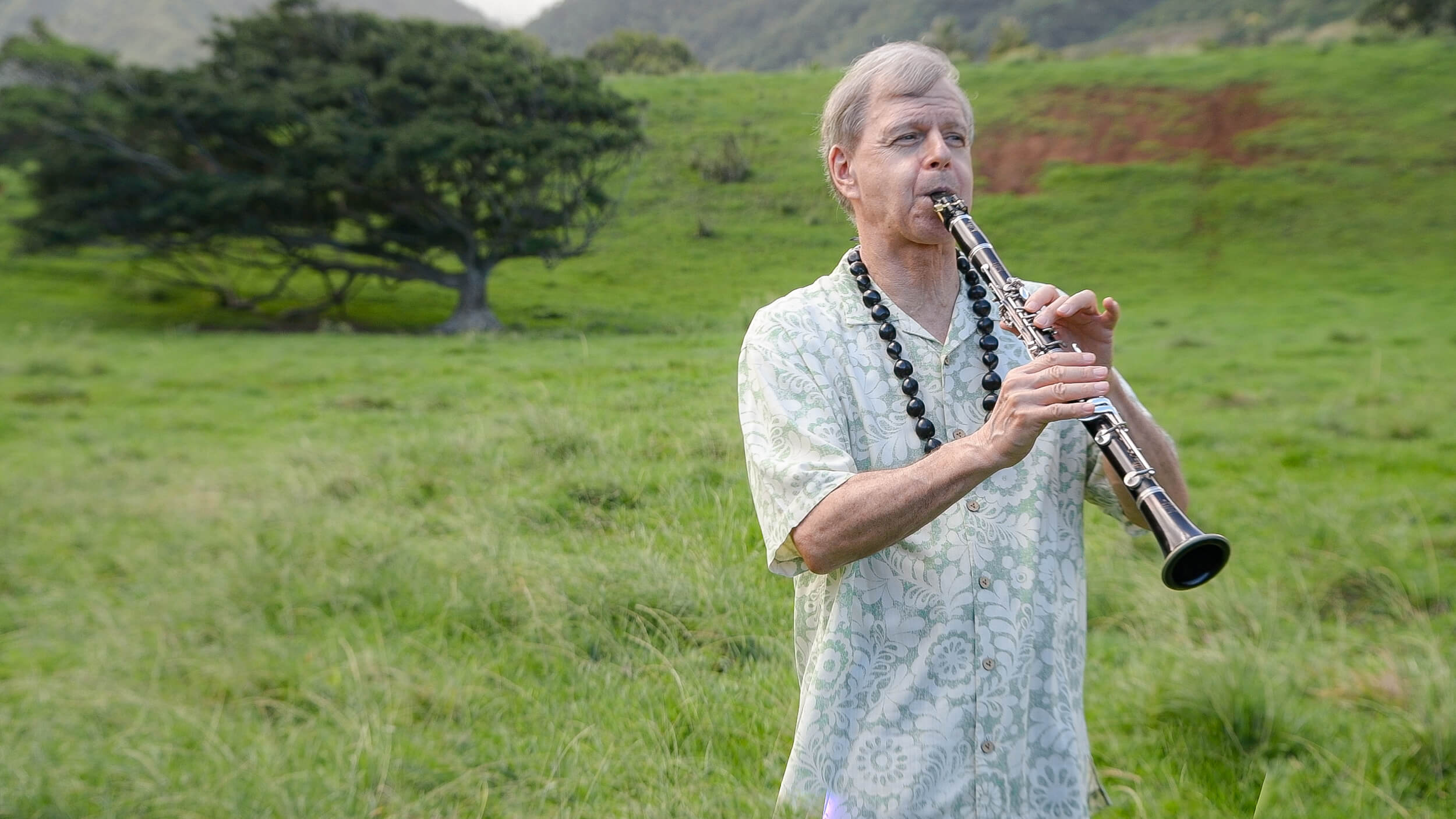 Learn More
The Spring Wind Quintet has an extensive and varied repertoire, ranging from the standard classics to contemporary, pops, and Hawaiian music. Many new works have been composed or arranged especially for the Spring Wind Quintet. The group has performed concerts throughout Hawaii, in New York, Norway, and Micronesia, and also offers educational programs for all ages, including youth concerts, band clinics, and workshops.

Learn More
Chamber Music Hawaii coined this new word to describe its combined ensemble of mixed instrumentation drawing from all three of the resident ensembles. Tresemble concerts can program many great pieces of chamber music that do not fit into one of the typical categories. We even bring in guest musicians, such as pianists, harpists or vocalists to perform this often neglected repertoire. Sometimes a Tresemble concert uses a larger group of musicians to perform works such as Mozart’s Grand Partita for winds, Dvorak’s Serenade, or Stravinsky’s L’Histoire du Soldat.

Chamber Music Hawai‘i Board members represent the community and serve without compensation for Board service. Each ensemble is represented by one seat on the Board. Directors are responsible for carrying out the mission of the organization.