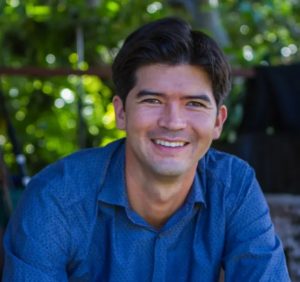 Classically trained Hawaii guitarist Ian O’Sullivan pairs up with the Tresemble to perform the music of Argentina’s master of the tango, Astor Piazzolla. Like a box of sweet chocolates for the tango lover.

Ian O’Sullivan is a classically trained guitarist and composer from the North Shore of Oahu. Well-versed in Hawaiian music and the ‘ukulele, in addition to the Western classical repertoire, Ian has performed internationally and throughout the United States, including an appearance at Carnegie’s Weill Recital Hall. Introduced to the world of classical guitar by Jeff Peterson, Ian became the first guitarist from Hawaii to be accepted to Yale University’s School of Music. In 2013 Ian released his first solo album “Born and Raised,” and his second album “Songs for the North Shore” in 2016. Ian currently teaches at the University of Hawaii and the Kamehameha Schools’ Kapālama Campus.